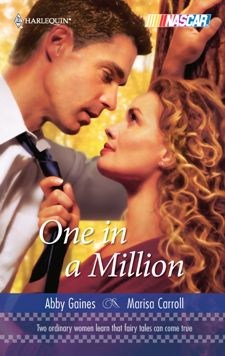 Race car driver Eli Ward is happiest behind the wheel…when he isn’t being pursued by too many eligible females. But ever since he asked Jennifer Ashby to pose as his girlfriend, his life has taken a turn for the complicated. Eli doesn’t do complicated. But Jen’s no starry-eyed fan…if he wants to win this race, he’ll have to show her that their fantasy romance is the real thing…